Kennedy went on to say, “Do you know why the bill didn’t pass? Many of my Democratic colleagues filibustered it. Now, if you drill down far enough, what you’re going to find…  I don’t want to paint with too broad a brush…but many, not all, many of my Democratic colleagues… they just don’t believe in the Second Amendment. They just don’t. I mean, we have heard it in terms of police officers. I mean, basically, the Democratic position is that if a bad guy shoots a cop, it’s the gun’s problem. If a cop shoots a bad guy, it’s the cop’s fault. You know, if it weren’t for double standards here, we wouldn’t have any standards at all.”

He added ,” that if Pesident Biden or whoever is making the decisions at the White House really wants to do something about this problem they will support the bill from Senator Cruz.”

During the interview Graham stated; “I am going down with 18 senators Friday, and if I’m denied the ability to look into any place I want to go, we’re going to shut the Senate down. Where are all the liberal hypocrites? Where is AOC? Where is Elizabeth Warren? Where is Vice President Harris, who basically protested outside of a facility — in Homestead, Florida during the Trump years — holding migrant children?” 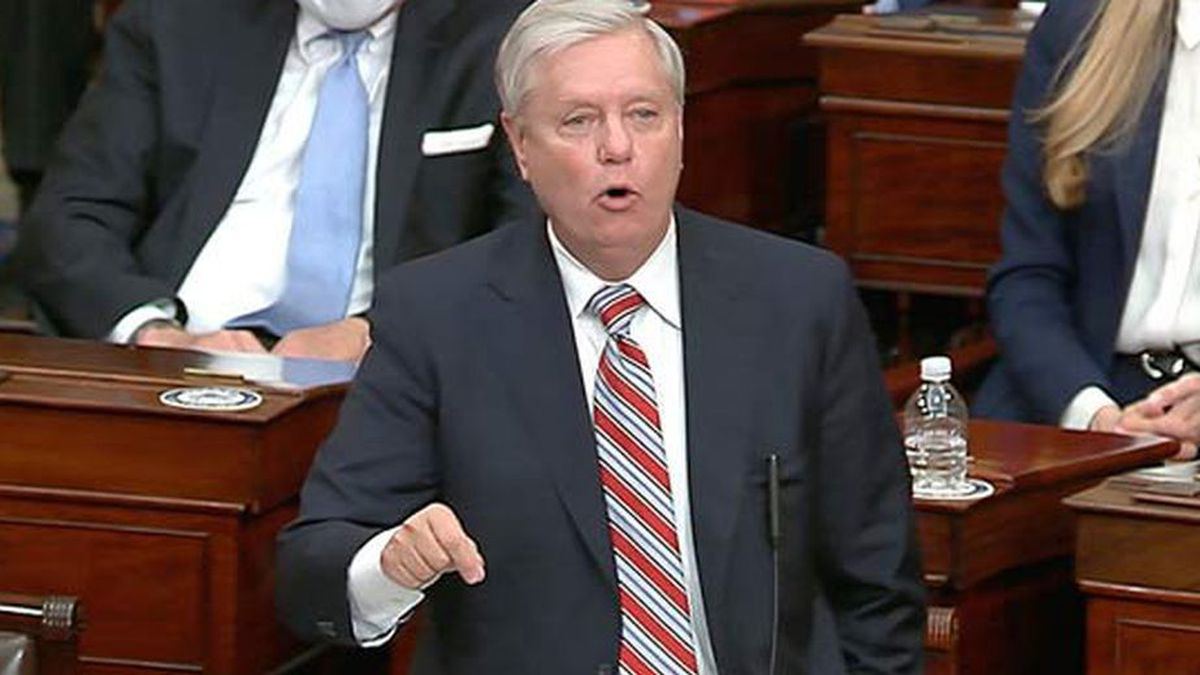 Graham later added, “All I can say is, I’m going down with 18 senators, if they deny me the ability to go where I want to go and see what I want to see, we’re going to shut the Senate down.” Things seem to be heating up!