The Biden Administration has been under a lot of heavy pressure recently as reality has started setting on what is really going on at the border. According to Homeland Security they have already released border crossers since February… It is March 24th, people… Some might say this is much worse than a crisis.

Just last week in migrant crisis news, Biden was accused of violating the law by 40 Senate Republicans since he has done nothing but worsen the southern border situation. Senators wrote a letter to the Government Accountability Office (GAO) who is currently reviewing the case. 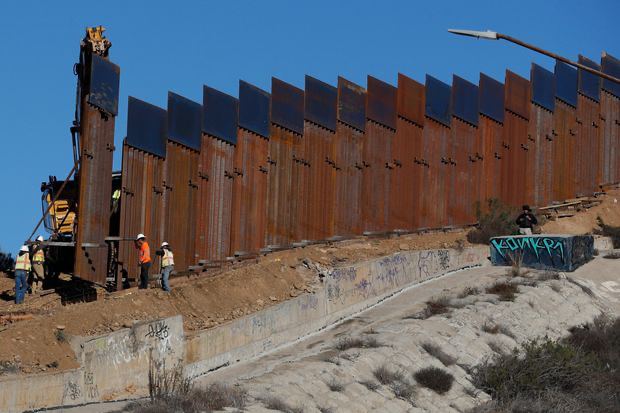 To top this crisis off, Biden might have illegally halted the funding of the southern border wall construction. The GAO is investigating whether or not the executive order he signed day one of presidency was even legal because one cannot just pause government spending that has already been approved by congress. Not too mention, his decision to stop the wall construction has cost American tax payers approximately 6 million dollars a day.

Back in February Biden canceled the “remain in Mexico” program which released almost 8K illegal immigrants into the US. Why he did this and relaunched his catch and release program is up for debate although I have guesses. Just to put a little perspective on the subject. During President Trumps final 3 months in office the Department of Homeland Security released 42 across the border, making Bidens rate a 56,000% increase from the previous administration.

It has been noted Biden could have broke the law controlling funding that was already approved back in 2020 by Congress. Many other senators and house republicans have joined in on the request for GAO to come up with a ruling.