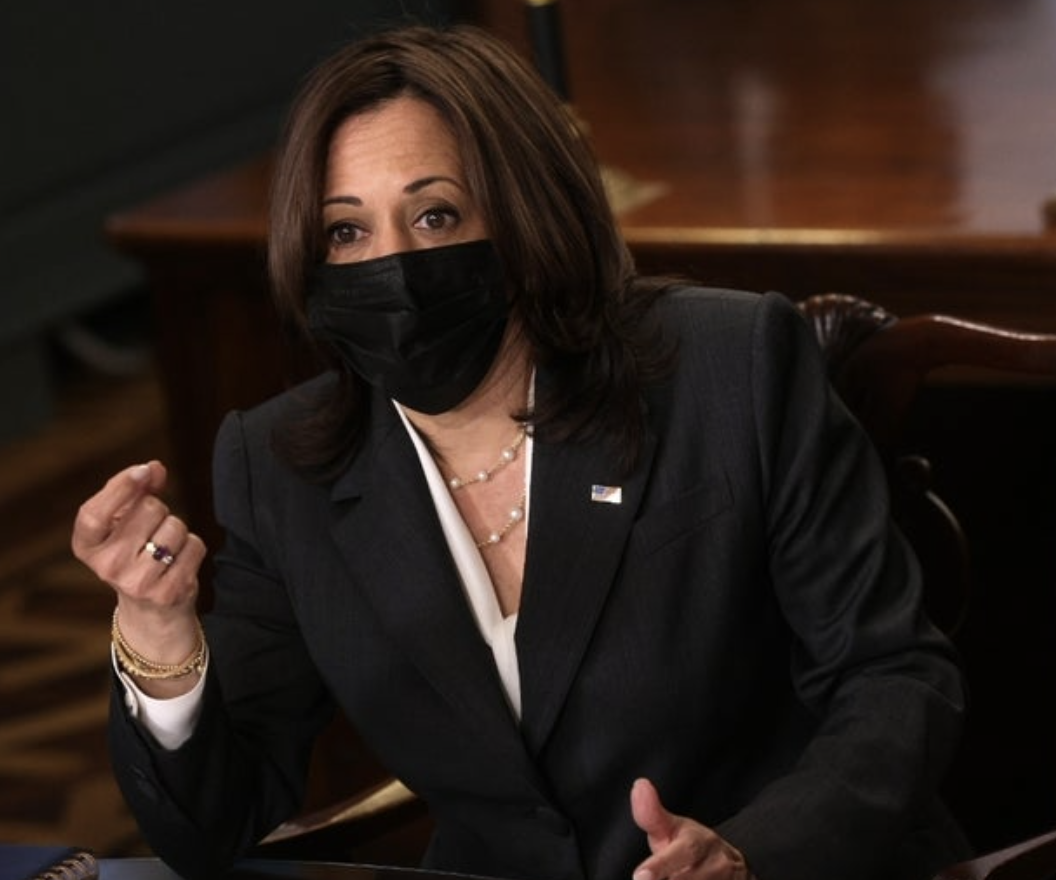 On Thursday Harris issued a meeting to argue climate change as the root cause of current migration to the US.

Meeting with foundation leaders Harris stated, “We are looking at extensive storm damage because of extreme climate, we’re looking at drought.” Harris argued that because of climate change, people are facing food scarcity, food insecurity, agricultural issues as well as poverty.

Harris pushed the agenda even further by saying, “we’re looking at the issue of climate resiliency, and then the concern about the lack of economic opportunity.” This ongoing migrant crisis began moments into this administration reign of terror yet they are claiming it is damages from hurricanes caused by “climate change.”

She also stated, “If it was easy, it would have been solved a long time ago.”

Well I’m old enough to remember that  it was solved a long time ago! With a WALL!