In a video capture on Monday, Kamala Harris does not salute military once arriving on the steps of Air Force Two. Although there is no official protocol on whether or not it is required for Presidents or VPs to salute the military, every president since Reagan has saluted the officers stationed next to the steps of Air Force One, or Marine One.

Harris seems to be more committed to whipping her hair back and forth while practicing her “switch walk” up to the plane. Former VPs Mike Pence and even Joe Biden would salute the military to show their respect for the men and women who put their lives on the line to protect this country. 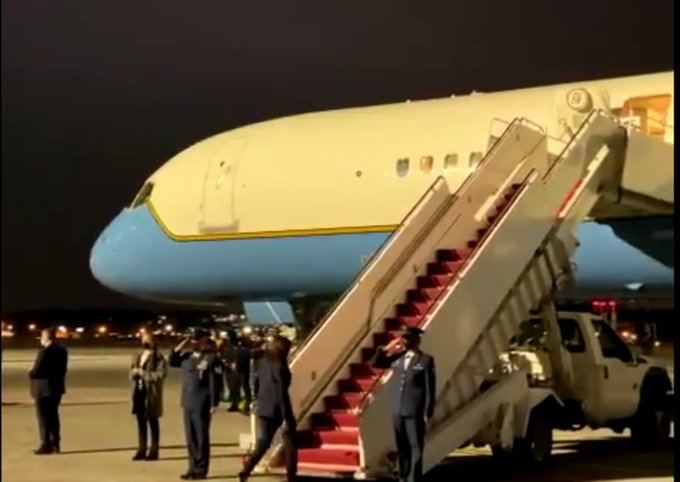 Ronald Reagan was the original president to set this modern precedent and it has maintained its tradition up until now. Even Obama, as awkward as some of his salutes were while holding coffee, still managed to pay his respects to those serving.

Harris was also asked if she would be visiting the border, to which she cackled her response, “ummmm not today! lolololololol!!! but I have before and I’m sure I will again.’