This leak comes from a high ranking team member at the White House, who would like to remain anonymous to avoid repercussions. This mandatory directive states that all agencies must refer to the Biden Administration as the “Biden-Harris Administration.”

If you happen to stumble upon it on twitter the official White House twitter account now reads, “Welcome to the Biden-Harris White House!” Whatever shadowy government is pulling the strings appears to be pushing Biden out as we have all been witness to the patterns of cognitive decline. This new wordplay now also appears on all 15 executive departments.

Between his lack of awareness and falling up steps “because of the wind” it is apparent something like the 25th amendment maybe in the works. Who knows, at this point this admin seems to do whatever they want. Including having Harris take calls with foreign leaders. Something that is very strange for a VP.

Joe Biden frequently appears dazed and confused in public appearances. He is often seen with his wife Jill Biden, who appears to give him cognitive support. 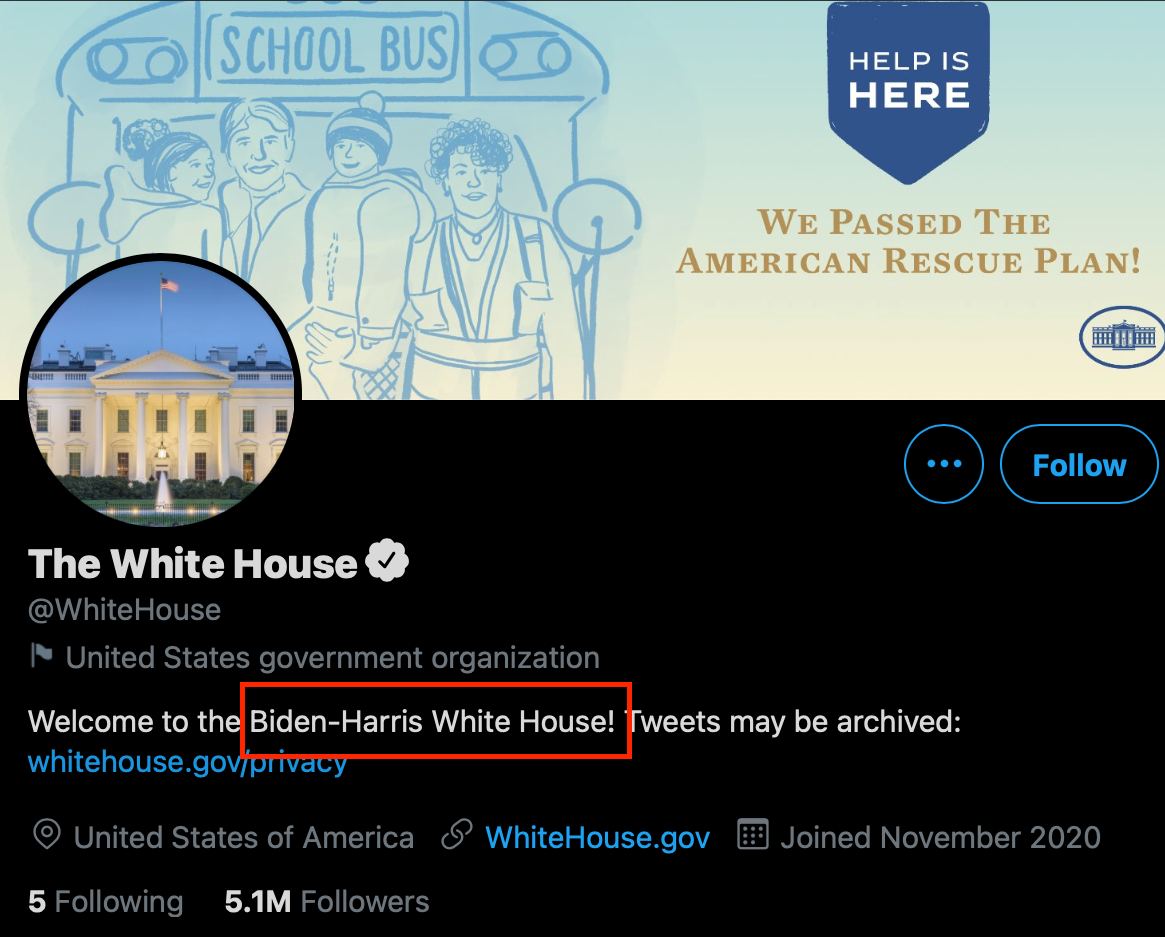 There are leaders who are unsettled as they see her interference in the global stage. In a statement made by former Ambassador to Germany and former Acting Director of National Intelligence Richard Grenell said, “World leaders expect to hear from the President of the United States, not the Vice President. There are certainly times when the Vice President has to step in but not for the introductory call.”

“The fact that the White House is instructing federal agencies to replace ‘Biden’ with ‘Biden-Harris’ after less than 60 days is indicative of the struggle Joe Biden is already having being President,” Grenell said. “This is a signal that he can’t do the job alone.”