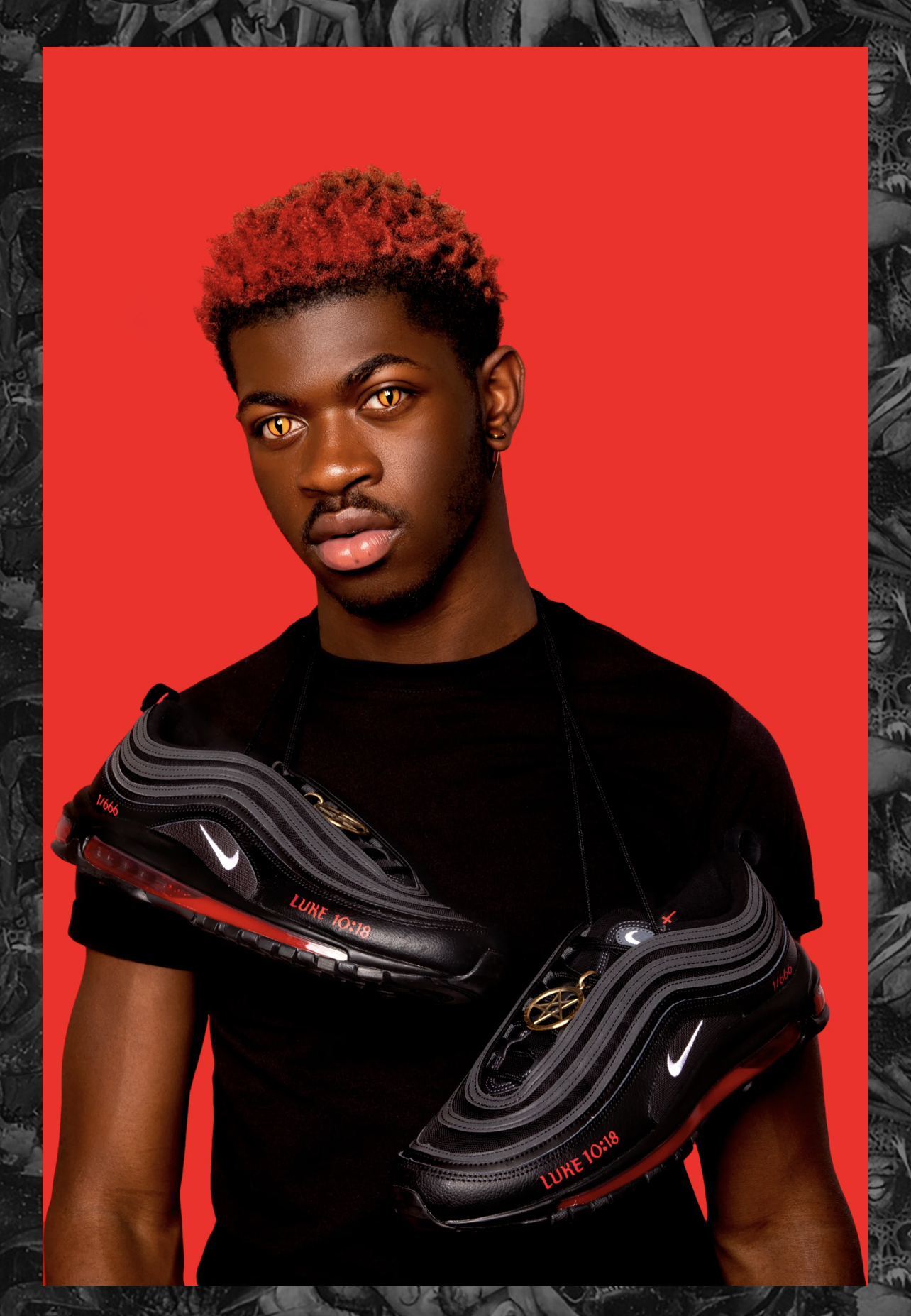 “But where did the blood come from? child laborers?”  I asked my husband as we were driving home from lunch. All weekend my brain was going back and forth and back and forth between the “Ever Given” ship and Lil Nas X who released quite a jaw dropping video this weekend. Followed by an exclusive shoe with human blood inside it. I have learned a lot of things over the weekend about this rapper who I knew absolutely nothing about until now.

I will preface this by saying I do not condone Nike and how they operate in regards to child labor, etc, etc… With that I must say I did a slight forehead wipe when they announced “We do not have a relationship with Little Nas X or MSCHF. Nike did not design or release these shoes and we do not endorse them.” Although they are just a custom version of the Nike Air Max 97s it is an exclusive collaboration between Nas X and MSCHF.

Meanwhile the rapper posted an ”apology” video in response to the social media uproar. However after a few seconds the video cuts to him lap dancing on the devil. 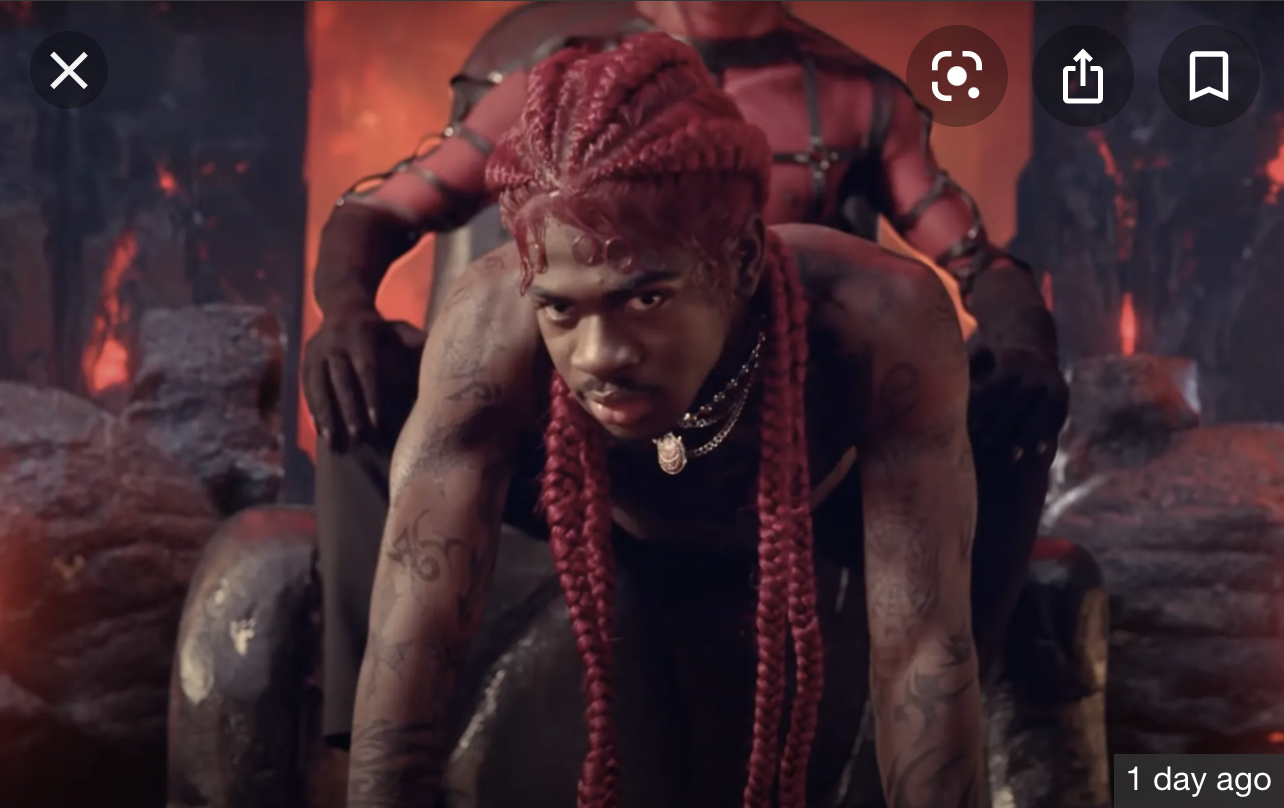 Earlier today all 666 pairs of his Satan Shoes sold out within the first minute of going live. Selling for $1018, its pretty doubtful there is going to be a huge resale market for this shoe. Many have taken to social media to speak out against Lil Nas X and MSCHF. Gov. Kristie Noem (R) of South Dakota sent out a tweet Sunday saying, “Our kids are being told that this kind of product is, not only okay, it’s ‘exclusive,’” she wrote. “But do you know what’s more exclusive? Their God-given eternal soul. We are in a fight for the soul of our nation. We need to fight hard. And we need to fight smart. We have to win.”

To which Lil Nas X responded, “ “ur a whole governor and u on here tweeting about some damn shoes. do ur job!” Gov Noem then quoted the book of Matthew by saying, “What good will it be for someone to gain the whole world, yet forfeit their soul?”

While this is a unique marketing strategy you have to wonder who’s blood went into these 666 pairs of shoes. And according to the satanic shoes website it is one drop of blood mixed with 60ccs of ink in each shoe. The shoe contains the numbers 666 on the side as well has a bronze pentagram. So, back to my quest of finding whose blood this is. 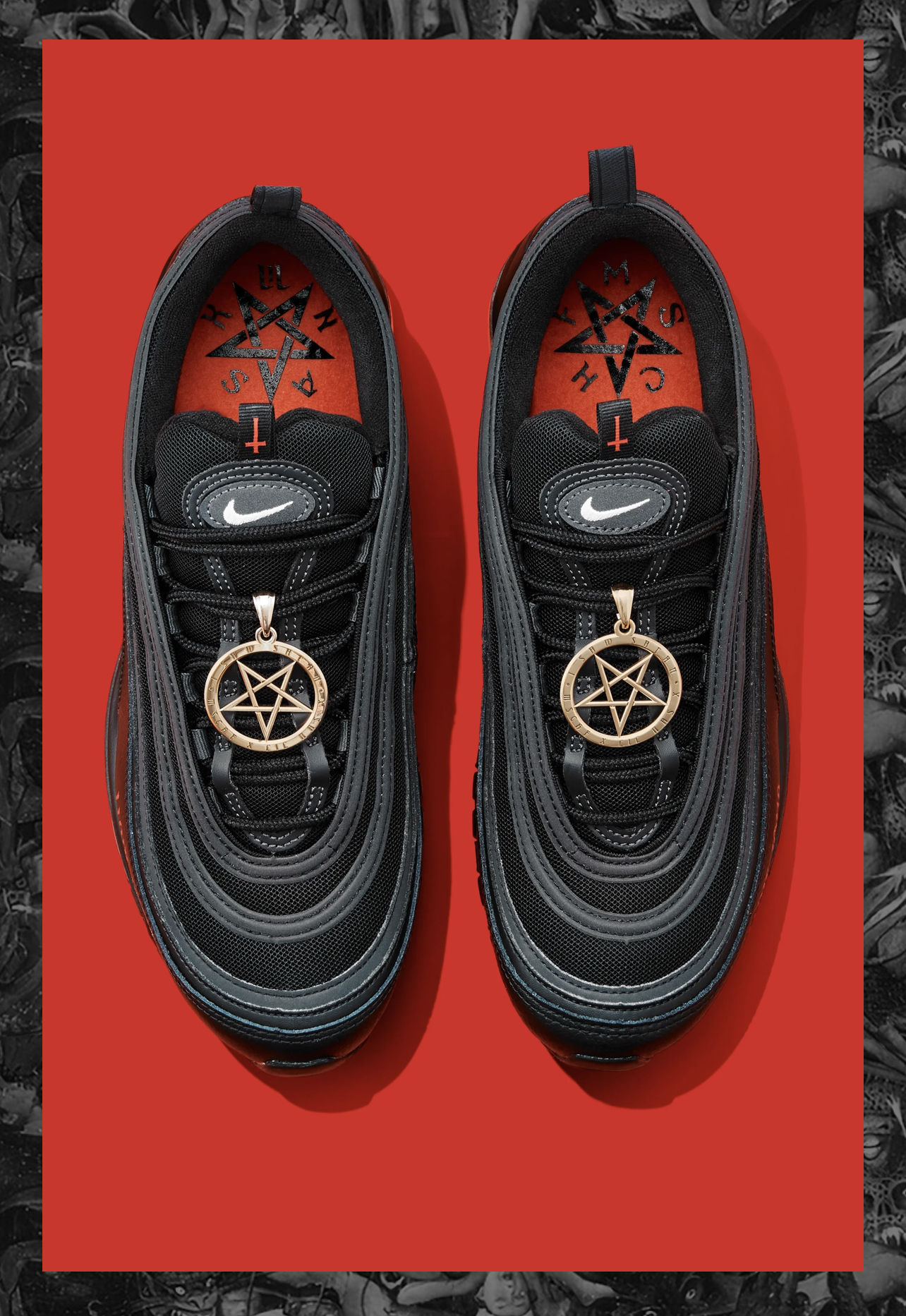 Turns out it’s not anyones blood who works for nike. The blood shoe dedicated to satan himself comes from 6 staff members that work at MSCHF. One of MSCHF’s founders said in a statement, “‘Sacrificed’ is just a cool word — it was just the MSCHF team that gave the blood.” As far as who was responsible for collecting the blood, it appears that they did it themselves. Is this okay though? I mean really? Are you okay with walking around with someone else’s blood inside ur shoe? The Consumer Product Safety Commission has not yet responded to requests about whether or not it is legal to sell shoes at an outrageous price tag of 1,018 because they contain a drop of human blood. On the website you will see Luke 10:18 “I saw Satan fall like lightning from heaven.” Which is also printed on the shoe.

This devil shoe was released following Lil Nas X’s recent disturbing music video called “Montero, Call Me by Your Name.” Which is apparently a song dedicated to another man he met back in 2019. This video is a whole other world of crazy. As I am sure most reading this are already aware he descends into hell via a stripper pole and proceeds to perform a lap dance on the devil.  There is probably a descent 30 seconds of him grinding on one of the most disturbing Satans I have ever seen.

It should be noted that this is a follow up line to MSFCH last shoe which was a “Jesus Shoe” which contains holy water. I am not aware how many of those sold. But they are no longer available for sale on the website.

In a video Lil Nas X said, “Ok its about time I say something out of pocket and its on, Lets normalize having these lines in these songs the same way that you know someone might talk about F’ing a girl or F’ing a guy, you know with opposite genders you know. I feel it’s important for proper representation in general and this is gonna open more doors.”