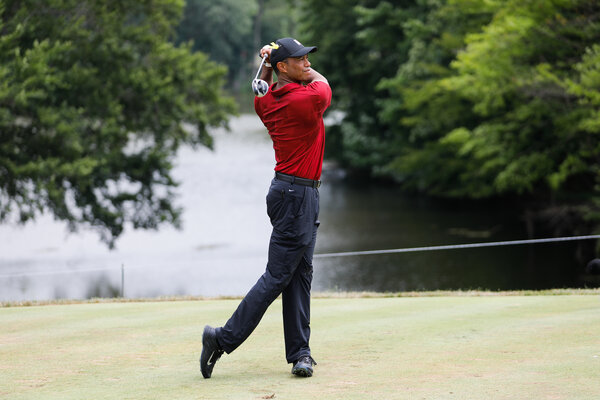 Remember back in February when the media had us all side tracked by the Tiger Woods accident? Well recently a 22-page crash report came out in which a deputy explained, Tiger was “acting in a manner consistent with someone suffering from shock due to having been involved in a major traffic collision.”

I had not really given the articles about this a second thought because the original story did not interest me. However my curiosity has officially been peaked. I don’t really care about golf and I haven’t seen much about Tiger Woods lately in the news. Last I saw he was made out by the media as a cheating scum bag. Dime a dozen, I don’t really follow celebrities or sports. And this was pre-great awakening Kristen. So when I first heard about the accident I just assumed he was strung out on life and acting reckless. Maybe dabbling in a little of that sweet sweet nose candy. Or maybe this accident was a way for him to try to stay relevant. Either way back in February these news articles meant nothing to me. Because they seemed like small potatoes compared to what we have been dealing with in regards to our new dictator.

Then today I read deputies reported Woods claimed to had completed two very long photo shoots the day prior and had absolutely no recollection of anything that happened afterwards.  While being treated at the scene responders reported he was “somewhat combative.” Which makes sense since reports are now coming back saying he was in a state of shock.

The investigation also states he was not under the influence of any drugs or alcohol while operating his GENESIS SUV. Nor had he consumed any the day prior. He could also not remember being involved in an accident while being question in the emergency room he told the deputies he thought he was in

Florida when he was actually in Southern California. The reports have concluded that he “apparently” meant to hit his brakes, but instead slammed on the gas as he was about to round a curve…s This story does not sit right with me. One car collisions at high rates of speed do not sit right with me. This has been going on for a long time now. I could name some names but then I would probably start to sound like a conspiracy theorist.

Capt. James Powers said, “There is zero braking on that data recorder,” but “there is 99% acceleration on the pedal.” That sounds almost like someone has taken over the motherboard and was controlling the vehicle from the outside to me. So the question I have is was he not meant to survive? Was this some sort of Illuminati sacrifice?

I have began to think about word patterns lately as I read a lot of news articles. I found the irony in the “Boulder” shooting overshadowing the “Border” crisis… The town alone screamed false flag. So on that same level of symbolism one of my interesting takeaways from the information I found on this accident is that his car “rolled” numerous times in Rolling Hills Estates. coincidence? Also the black box in his Genesis SUV shows no sign of swerving as he accelerated in a straight line. Why does he not recall the last day and a half of his life? Now I know he experienced some trauma but that does not explain the cause of him accelerating to the speeds he did.

Does this have anything to do with Gatorade signing a new up and coming golfer? Like I said, I can’t say for certain this is a passing of the guard but it sure does seem to have illuminati written all over it. Time for someone younger and more relevant to step out into the spotlight.