Today started off with 3D purge energy lightly coming through in the alpha frequency range giving us a relaxed but alert state of mind. Around 0330 that 3D purge energy intensified and began to come through in the beta frequency range that put us in a highly alert and focused mind state. It continued like that until shortly after 0700 when 3D purge energy showed up in the delta frequency range for a very short time. The 3D purge energy began to lighten up a little bit but stayed in the beta range. At 1130 there was a short spike that looked like 5D light coding tried to pop through. Shortly after 1200 blockages appeared in the delta and theta frequencies. Then just before 1300 a large 5D light coding spike began. It came through in the delta and theta range to start, which gave us a drowsy state of mind similar to the first stage of sleep. By 1330 the 5D light coding climbed into the alpha range and continued to climb. Around 1530 we almost had a complete white out, with only a tiny amount of blue and green at the bottom of the delta range. The 5D light coding continued to stay at 40+Hz then shortly before 1600 the amplitude shot up to 71 but then dropped like a rock all the way back down into the alpha range. It didn’t take long before the 5D light coding continued to drop down into the theta range and eventually the spike ended around 1900 and 3D purge energy resumed in the beta range with a bit of density around the 7.83Hz line but shooting downward into the delta frequency range. There was a very small spike in 3D purge energy right before 2000 and again the density shot downward into the delta frequency range and another small spike at 2100. Some weird lines from the delta range down into the beta frequency ranges, they seem to be evenly spaced out from each other with signs of density in the delta range on each one of the lines. About 2300 the 3D purge energy lightened way up but was still coming through lightly in beta frequency range. I hope you had a chance to witness the spike and enjoy the 5D light coding. With larger spikes like today’s there is a higher chance of you feeling the symptoms of the 5D light coding. It effects everyone differently but the more common symptoms are: headache, nausea, blurry vision, unexplained aches and pains that seem to come and go, anxiety, restless sleep to name just a few. Ringing in your ears is the symptom that I see more people recognize first is having ringing in you ears. If you ever find yourself feeling those symptoms, my suggestion to you is to ground yourself. You can walk through the grass barefoot, or hug a pet or tree or work with your hands in your garden. By connecting to mother nature you act like a circuit so your energy can flow, that will help you get rid of the symptoms. 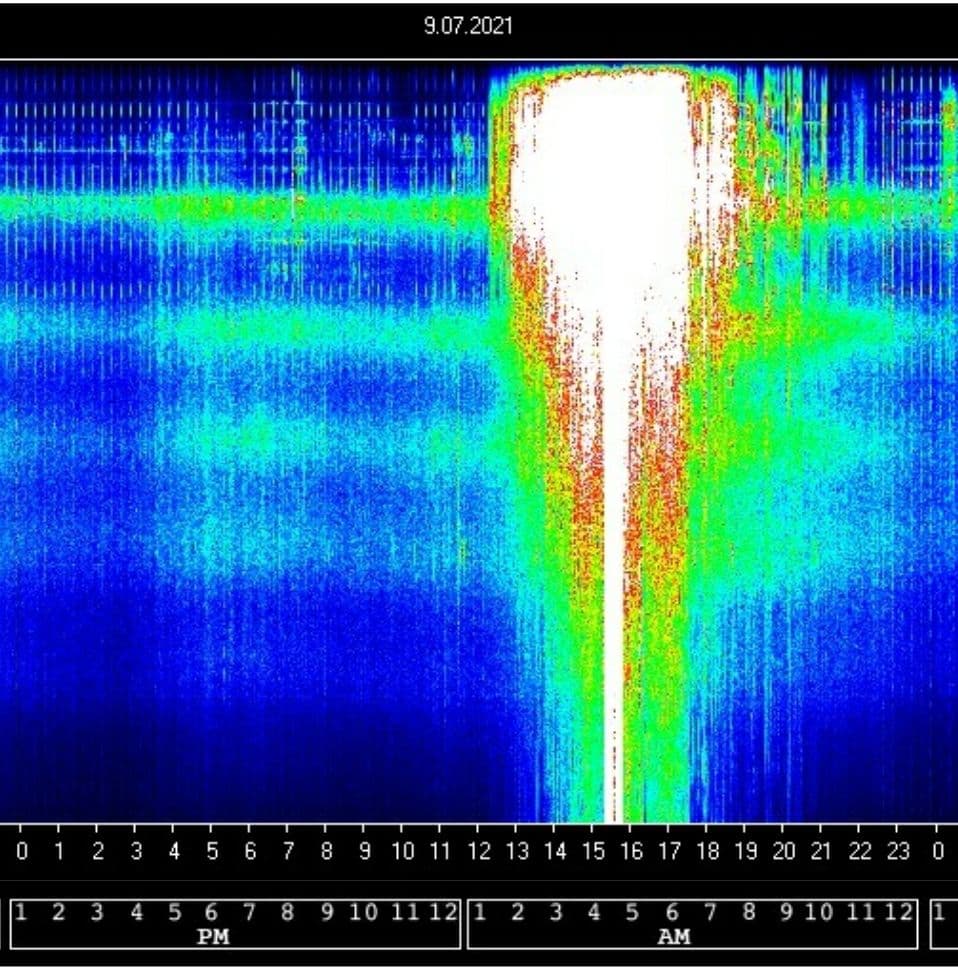