The heartbeat of Mother Earth intensified in 5D frequencies with outstanding bars of 5D frequencies from Delta range of 0.5-4Hz to beyond Beta range of 30Hz numerous times throughout the week. Sunday was the longest duration of 5D for approximately 6 hours. Red density blockage is also noticeable again this week where Mother Earth is fundamental at 7.83Hz frequently before transition of 3D purge to 5D. The technological effect is also recognizable in Delta range throughout the week, however, looks to be transitioning with subtle decrease during mid week.

Because of the 5D frequencies, you may have experienced more symptoms. Headaches, nausea, or unexplained pains that come and go, in addition to other symptoms are generally more intense during 5D. Amplitudes for 5D frequencies reached an amazing 78 on Sunday and Monday. 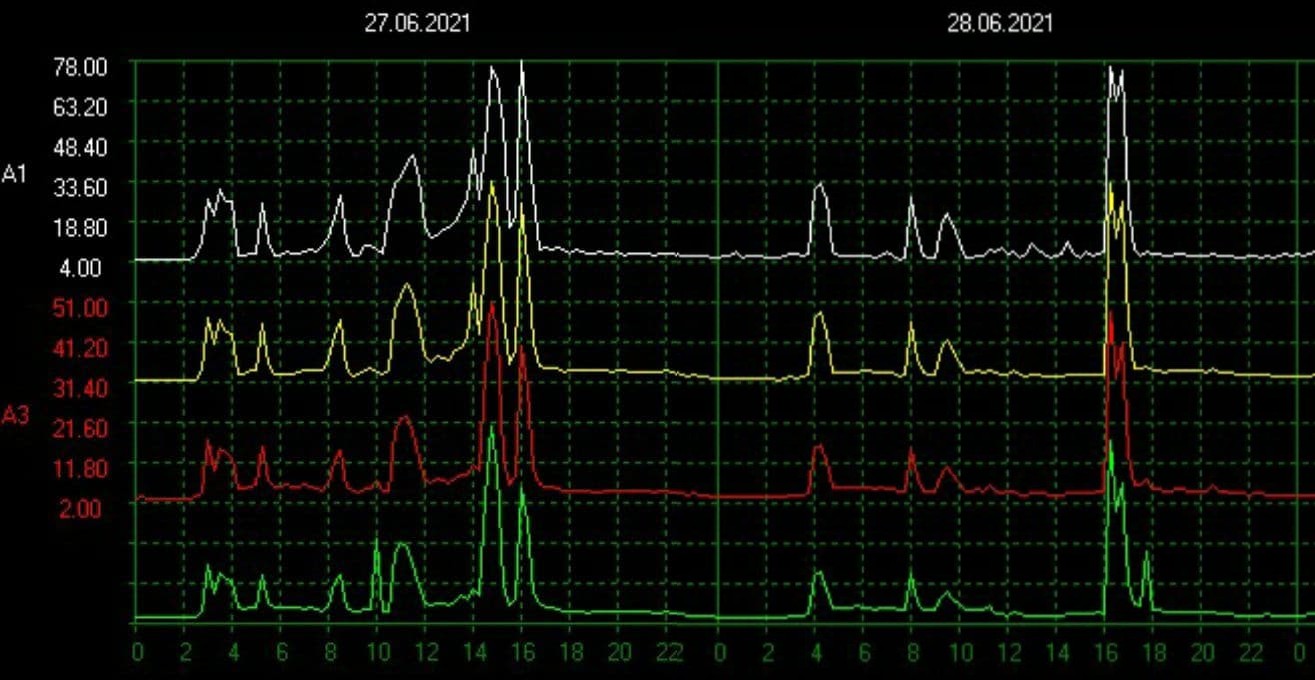